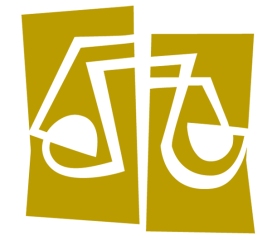 The Free Legal Advice Centres (FLAC) have issued a Briefing Note on the Habitual Residence Condition which explains a number of victories for four asylum seekers who have been granted child benefit.  Before going into detail on this specific issue, it is necessary to examine this issue in some detail and explain the rights and entitlements for asylum seekers within the Irish welfare state.

Asylum seekers are those who claim protection within a State (be it for refugee status, subsidiary protection or leave to remain). When examining whether an individual is entitled to protection from Ireland, an appreciable period of time may pass between initial entry and final determination on whether protection will be granted. Therefore questions arise as to how an asylum seeker will be supported.

In 2004, Ireland introduced the ‘habitual residence condition’ into Irish law (see now Section 246 of the Social Welfare (Consolidation) Act 2005 and Section 30  of the Social Welfare and Pensions Act, 2007). Section 246 of the 2005 Act prevented those who were not habitually resident from accessing social welfare payments (except in limited and exceptional circumstances).  If a person has not been resident in Ireland and/or the Common Travel Area for two years prior to a welfare claim, there are presumed not to be habitually resident. Notwithstanding this presumption, a deciding officer can also examine five other factors in determining habitual residence (Section 30 of the 2007 Act):

The Department of Social and Family Affairs (DSFA) issued Guidleines for Deciding Officers on Determining Habitual Residence.  Paragraph 6.3 of the Guidelines stated that those awaiting a refugee decision, or where the person has been denied protection could not be considered to be habitually resident. The Guidelines quoted the decision of Goncescu & Others v Minister for Justice Equality and Law Reform [2003] IESC 49, in support of this contention. This case did not deal with social welfare issues, but rather with definition of residence under a number of European Union law instruments and Irish law.  Mr. Justice Murray stated that asylum seekers “never enjoy the status of resident”.  It was therefore stated by the  DSFA that asylum seekers could not be habitually resident for the purposes of social welfare law.

FLAC has been campaigning on issues relating to socio-economic rights for asylum seekers over the last number of years. In 2003, FLAC issued a report on reception conditions for asylum seekers.   FLAC has also spear-headed a campaign calling for the restoration of child benefit to the parents of asylum seekers. FLAC represented four woman who all had their claims for refugee status rejected, and were either applying for subsidiary protection/leave to remain, or challenging the status determination bodies decisions. These women were refused child benefit on the basis that they were not habitually resident.  In 2008, Social Welfare Appeals Officers determined that these women were habitually resident and therefore entitled to child benefit. This decision was then appealed by DSFA to the Chief Appeals Officer (under Section 318 of the 2005 Act).

The Chief Appeals Officer (CAO) delivered four decisions in June-August 2009. The CAO stated that the  Goncescu decision was not of relevance to the matters at hand and pre-dated the introduction of the HRC. The CAO noted that social welfare legislation did not specifically exclude asylum seekers from receiving social welfare benefits (with the exception of supplementary housing benefit, Section 198(4) of the 2005 Act). The CAO stated that if the intention of the legislation had been to exclude those in the asylum process from access to social welfare benefits, the Oireachtas would have specifically done so. Time spent in the State is but one factor to be considered.

FLAC has analysed these recent decisions, noting that the 2008 Guidelines would now have to be amended; factors other than time have to be properly considered when assessing eligibility for welfare entitlements and the length of time a person spends in the protection status determination procedure can go towards satisfying the HRC.

Lessening the Culture of Control?

In a recent paper I gave at the Society of Legal Scholars Conference in the University of Keele, I argued that provision of a separate and distinct welfare system for asylum seekers follows a penal trajectory and current reception conditions in Ireland can be placed within the paradigm of the ‘Culture of Control’, where social control of asylum seekers trumps most human rights concerns. It remains to be seen the effect of these recent decisions on my argument. One note of caution however, the Oireachtas has the power to legislatively prohibit asylum seekers from accessing the welfare state in any form. It is hoped that this course of action will not be followed, however, given past practice in this area (my 2007 article provides the background), I for one would be very surprised if the Oireachtas did not introduce such a measure.  Asylum seekers have enforced reliance on the Irish welfare state, it is a criminal offence for an asylum seeker to work. Ireland (even in the current economic climate) has done well to keep its welfare state in tact (when compared to the dismantling of the welfare state in the UK in the 1980s and continuing). However for asylum seekers, the Irish welfare state represents an area of control, punishment, degradation, segregation and disentitlement. European human rights law may be able to prevent the absolute destitution of asylum seekers;[1] there appears little prospect of politicians ensuring the socio-economic rights of all within the State are protected, which is an obligation under the International Covenant on Economic, Social and Cultural Rights.