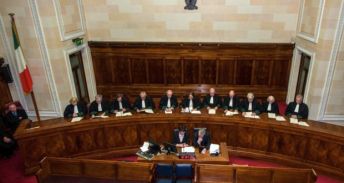 This note is based on MacMenamin J.’s decision, available here. SCOIRL have a succinct post on the outcome in this case. A decision was also given by McKechnie J, and is not yet available. However, I understand that McKechnie J. came to the same conclusion, albeit for different reasons. With thanks to Patricia Brazil for providing me with a copy of the available decision. As this is a longer post that usual, you can find a copy of this post here.

On Friday, 13 March 2015, the Supreme Court gave an important decision in the case of O’Donnell v South Dublin County Council (not yet on courts.ie, Irish Times report here). The case revolved around the statutory duties upon South Dublin County Council (SDCC) in the area of housing and Traveller accommodation. The High Court, in a number of cases: Doherty v SDCC (2007), O’Donnell v SDCC (2007) (Laffoy J.) and O’Donnell v SDCC (2008) (Edwards J) (discussed here, pp 13-14), considered the duties of local authorities under Irish housing law and the impact of the ECHR Act 2003. The Irish Supreme Court have been exceptionally conservative when it has come to interpreting the Constitution as providing any form of socio-economic rights duties on the State.

The European Court of Human Rights has been reluctant to interfere with decisions of state/local housing authorities in the housing law arena. The ECtHR has stated that Article 3 and Article 8 ECHR cannot be interpreted as providing a duty on the State to provide everybody with a home, unless there are very exceptional circumstances at play (see, M.S.S. v Belgium and Greece, discussed in detail here).

The decision on Friday, 13 March 2015 in O’Donnell v South Dublin County Councilprovides at least a signal, that in very exceptional circumstances, legislative duties coupled with constitutional/ECHR rights may protect socio-economic rights. However, as will become clear below, the decision has not resulted in the provision of accommodation to Ellen (or other members of the O’Donnell family) and Ellen continues to live in accommodation that is inhuman and degrading.

Ellen, now an adult, is living in caravan accommodation that is unfit for human habitation. Ellen has cerebral palsy and is confined to a wheel chair. In 1994, the family were provided with bricks and mortar accommodation by the Council, but only remained in this accommodation for one month as Ellen’s dad, felt unable to live in settled accommodation. Between 1994 and 2003, the O’Donnell family were provided with serviced halting site accommodation. In 2001, the Council spent €5,625 surfacing a halting site area so that Ellen’s wheelchair in St. Melruan’s Halting Site . The family left this halting site after bereavement. In 2003, SDCC made a disability grant of €47,000 in order to fund the purchase of two second hand caravans, one of which was disability accessible. A disability ramp, in order to facilitate Ellen’s access, was also built (and there is some confusion as to whether the €11,293 spent on this was included in the €47,000). A short time later, one of the caravans was swapped for another caravan that was mice infested and dilapidated and soon became uninhabitable. As a result, the family were all living in one caravan, in overcrowded conditions.

In October 2005, a support worker in the Irish Wheelchair Association wrote to SDCC informing them of Ellen O’Donnell’s accommodation situation. Nine persons were living in the two-bedroom caravan. Ellen had to be lifted into and out of the caravan, Ellen had no independent living space, had to be carried to an outside toilet and shower facility. The caravan had also become mice infested. Between

SDCC felt that they had met their statutory obligations. SDCC noted that they had already provided accessible disability caravan accommodation to Ellen and her family in 2003, along with another caravan. However, Ellen’s parents had given away one of these caravans, so that nine members of the one family for many years lived in dilapidated and overcrowded conditions. This severely impacted on Ellen, who was unable to live a more autonomous life, had to use toilet facilities’ outside the caravan (Ellen’s parents had the in caravan toilet facilities removed). Ellen shared a room with four other siblings, had to be lifted to and from the outdoor toilet. It was accepted by SDCC that the accommodation conditions that Ellen was (and still is) living in were not fit for human habitation. Just before the High Court decision in 2008, and on a number of occasions afterwards, SDCC made eight separate offers of alternative accommodation to the family, but not of these offers were accepted by the O’Donnell parents.

In 2008 in the High Court, Edwards J granted a declaration that Ellen’s rights under Article 8 ECHR had been violated. No order was made on the situation of other family members.

In the Supreme Court, MacMenamin J. held that the phrase “dwelling”, interpreted in light of the ECHR Act 2003, could not be interpreted as including caravan/mobile home provision. While another statutory enactment referred to caravans/mobile homes as a “temporary dwelling”, the ECHR Act could not be used so as to read these separate statutory provisions as one. To do so, would have in MacMenamin J’s view constituted “judicial legislation”. In the arena of Traveller accommodation, MacMenamin J, relying on pre-ECHR Act 2003 case law, noted that there was a statutory obligation on the local authority to provide a halting site. While this legislative obligation is seemingly discretionary, in that the local authority “may provide” such sites, MacMenamin J. stated that this was a mandatory obligation upon the local authority to provide halting sites.

MacMenamin J. then considered the duties of the local authority under Section 6, Section 9 and Section 10 of the Housing Act 1988. Ellen O’Donnell was living in accommodation that was “unfit for human habitation”, living in “overcrowded accommodation”, had a reasonable requirement for separate accommodation, was in need of accommodation for “medical or compassionate reasons” and Ellen was unable to meet the cost of the accommodation or to obtain other suitable accommodation. Relying on Costello J’s decision in O’Brien v Wicklow Urban District Council (discussed here), MacMenamin J. stated that the obligations on SDCC had to be considered in light of constitutionally protected rights “and values” and the exceptional circumstances of this case, known to SDCC since 2005. The Supreme Court accepted that Ellen was subjected to inhuman and degrading accommodation conditions, infringing on Ellen’s private and family life compromising her rights to “autonomy, bodily integrity and privacy”. MacMenamin J. noted that while Ellen’s parents could be viewed as having some responsibility for this, SDCC “when faced with clear evidence of inhuman and degrading conditions, [had] to ensure it carried out its statutory duty” in order to vindicate Ellen’s constitutional rights under Article 40 and Article 40.3 of the Constitution. SDCC’s powers under Section 10 of the Housing Act 1988, “could have” been exercised and executed by making offers of financial assistance, had repairs carried out at SDCC expense and/or “contemplated lending a second caravan so as to make temporary accommodation space for Ellen, her brothers and sisters.” MacMenamin J. did not find that other family members constitutional rights or rights under the ECHR Act 2003 had been violated.

As regards Ellen, MacMenamin J. varied the order of the High Court to a degree, making a declaration that Ellen was entitled to damages, which may be “modest” for SDCC’s breach of her statutory rights. (The level of damages are to be assessed at a further plenary hearing in the High Court). MacMenamin J. also noted that neither the EU Charter of Fundamental Rights nor the EU’s accession to the UN Convention on the Protection of Disabilities, could be considered by the High Court in assessing damages. While not expressing a view, MacMenamin J. stated that Ellen’s parents may have “potential legal liability or part liability”.

A New Dawn for Socio-Economic Rights?

One of the most significant aspects of the decision is that Ellen continues to live in deplorable housing conditions and has been subjected to such living conditions since at least 2005 (10 years and counting). It has taken 7 years to hear this appeal in the Supreme Court. While Ellen O’Donnell may now receive “modest” damages, the result of this case has not ultimately contributed to Ellen being provided with dignified and habitable accommodation space (although no doubt SDCC are considering the decision and also noting the clear obligations that they may continue to have towards Ellen O’Donnell).

To take something more hopeful from the decision (which is very easy for me to do given that I am not subjected to the everyday indignities that Ellen O’Donnell and the O’Donnell family face), the language used by MacMenamin J in the Supreme Court is interesting. While there was some hand wringing from MacMenamin J as regards not engaging in “judicial legislation”, there was no mention of Murphy J.’s dicta in T.D. of the constitution not providing any form of socio-economic right or benefit to citizens “no matter how needy or deserving”. While anxious to explicitly identify the legislative obligations and duties on SDCC under the various Housing Acts, MacMenamin J., it may indicate some resiling from previous Supreme Court case law, in that the conditions that Ellen resided in were described in terms of being “inhuman and degrading” and lacking respect for Ellen’s individual autonomy, private life and dignity.

This decision follows from MacEoichadh J’s comments in the direct provision case in the High Court at para. 12.6:

[W]here State action results in a breach of human rights and where the only remedy is the expenditure of additional money, the Court, in my opinion, must be entitled to make an appropriate order, even if the consequence is that the State must spend money to meet the terms of the order.

While the outcome of the direct provision case is very disappointing, and possibly I’m grasping at straws here, the socio-economic rights arguments were not immediately dismissed. While (as Prof. Gerry Whyte pointed out to me a few weeks ago when discussing the direct provision case) ‘one swallow does not make a summer’, since the High Court decisions in 2007 and 2008 on Traveller accommodation and the ECHR, and now this case, it may be that the superior courts will not automatically dismiss court actions that have a socio-economic rights flavor. However, as many public interest lawyers will appreciate, this case unfortunately shows, a long road that has to be followed in using law as a means of progressing social change. Even with this decision, significant barriers remain in ensuring that Ireland lives up to its freely accepted international obligations on housing rights and the right to an adequate standard of living for all.