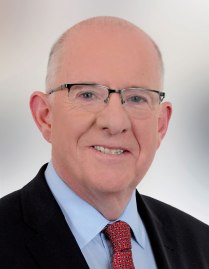 The Minister for Justice and Minister for Integration held a joint press conference earlier today announcing the measures that will be put in place as regards the right to work for asylum seekers, and other issues relating to Ireland’s transposition of the EU Recast Reception Directive, which will occur on Friday,  29 June 2018. You can access the press release here and information video on the scheme here. Information documents on the new right to work provisions from the Department of Justice can be viewed here.

As regards the freedom of asylum seekers to work, there are important qualifications to the report in the Irish Times today.

News that is not surprising (although the Irish Times report today had got my hopes up…_):

In addition to these restrictions and exclusions, qualifying asylum seekers who gain employment will, after 12 weeks, no longer be entitled to direct provision allowance of €21.60 per adult/per child.

It would have been preferable, even if it was an interim time-limited measure, in recognition of the significant numbers awaiting final determinations from the International Protection Appeals Tribunal at present, that such asylum seekers could have been granted the right to work. Such individuals may have been subject to direct provision for a significant period of time. Given the delays within the International Protection Appeals Tribunal, this would have been a welcome gesture in ensuring a larger number of asylum seekers could have their freedom to work recognised.

Nevertheless, even with these negatives, this is a significantly positive step by Ireland in finally after more than twenty years, recognising that the freedom to work for asylum seekers should not be withheld indefinitely.