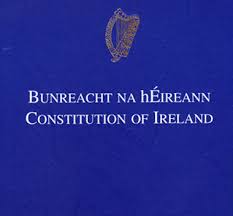 Aoife Nolan is Professor of International Human Rights Law in University of Nottingham. Liam Thornton is a lecturer in law and director of clinical legal education in University College Dublin. Aoife and Liam are organising Human Rights in Ireland’s contribution to the debate on Article 42A, the Children’s Amendment.

The Children’s Referendum is only 11 days away. This post is directed as those who may not have given much thought to the issues addressed in this referendum and who are looking for a primer on the changes to be introduced to the Irish Constitution. As  well as some discussion and analysis of the proposed constitutional amendment, this post will provide you with links to authoritative commentary and discussion on the Children’s Referendum here on the Human Rights in Ireland Blog.

What is a Referendum?

What are we being asked to decide?

Some thoughts on the Children’s Referendum

Over the last number of weeks, Human Rights in Ireland has hosted a number of posts that have discussed the limits and potential of this proposed Article 42A. Here are these analysis pieces:

Yvonne Daly on St Patrick’s Institution and the Children’s Referendum.

Aoife Nolan providing some background context and thoughts on the Children’s Referendum.

Liam Thornton examined the Oireachtas debates leading up to putting  the amendmentbefore the people. You can also read Liam’s opinion piece in the Irish Times on the Children’s Referendum.

Katie Mannion on behalf of Campaign for Children explaining why this group are calling for a ‘Yes’ vote.

Edel Quinn from the Children’s Rights Alliance has had two recent post, firstly setting out the case for constitutional reform and secondly, why the time is now for children’s rights in our constitution.

Maebh Harding argues that the amendment is failing to provide a child centered legal system.

Gareth Noble focuses on the limits of proposed Article 42A .

Ciara Smyth examines the Convention on the Rights of the Child and the Children’s Referendum.

Minister for Children, Frances Fitzgerald sets out her reasons for calling for a ‘Yes’ vote.

The Referendum Commission website contains impartial explanation of the amendment.

The Constitutional Studies Group, UCD School of Law has produced an impartial guideon the 31st Amendment to the Constitution (Article 42A).